Student Perspectives from the School of the Arts, Media, Performance & Design
Theatre @ York just presented the world premiere of David Yee’s rochdale, directed by Nina Lee Aquino. Inspired “by the spirit of the rebel,” the play tells both real and imagined elements of the history of Rochdale College, an experiment in student-run alternative education and co-operative living that opened in 1968 in downtown Toronto.
Costume designer Tiana Kralj shares a backstage look at her process of designing and creating.
As with all Theatre@York main stage productions,  the show’s set, costume, and lighting are designed and executed by undergraduate Theatre students. Set and lights were designed by Mona Farahmand and Ella Wieckowski, respectively. Special for rochdale, Juno award-winning musician Debashis Sinha contributed original compositions and sound design. Theatre student Johnathon North was the associate sound designer.
Production photos are by Jeremy Mimnagh and backstage photos are by Tiana. 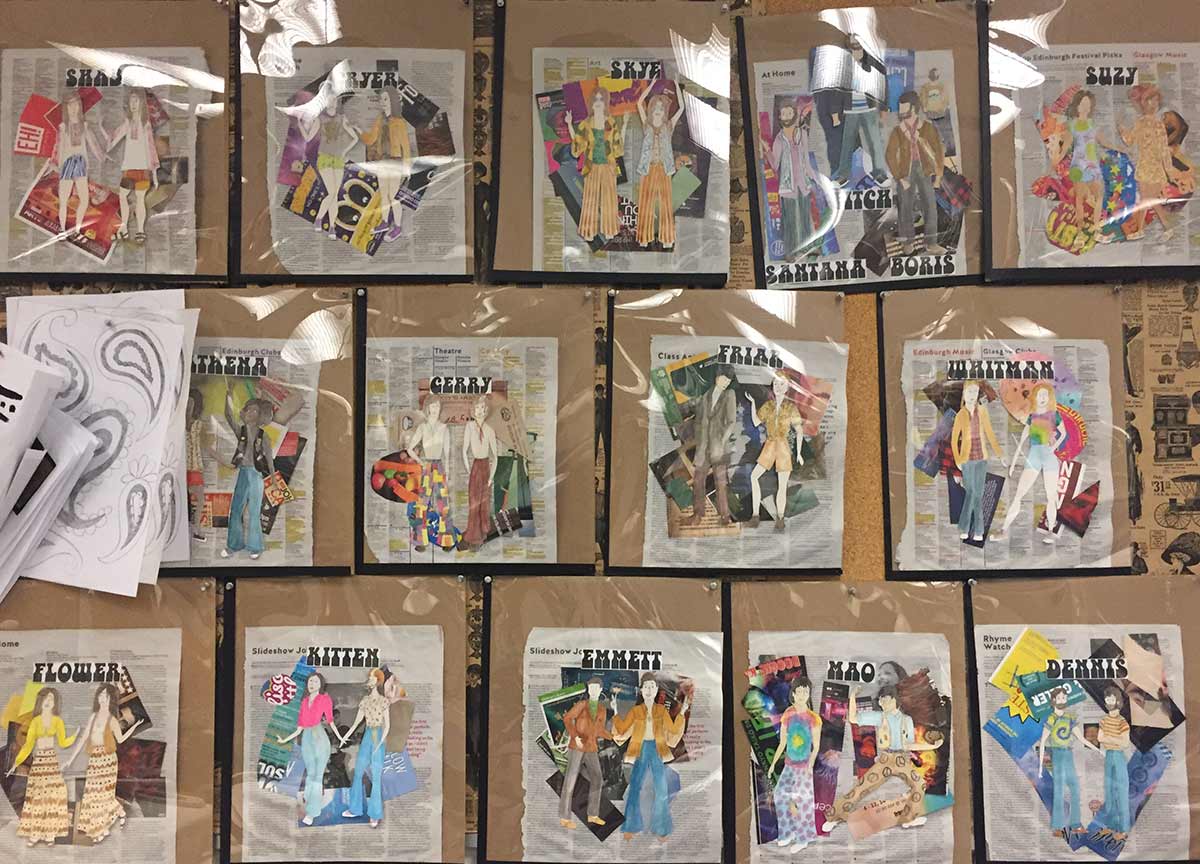 After months of research and preliminary sketches, the final costume renderings are posted in the wardrobe as reference for the build process. 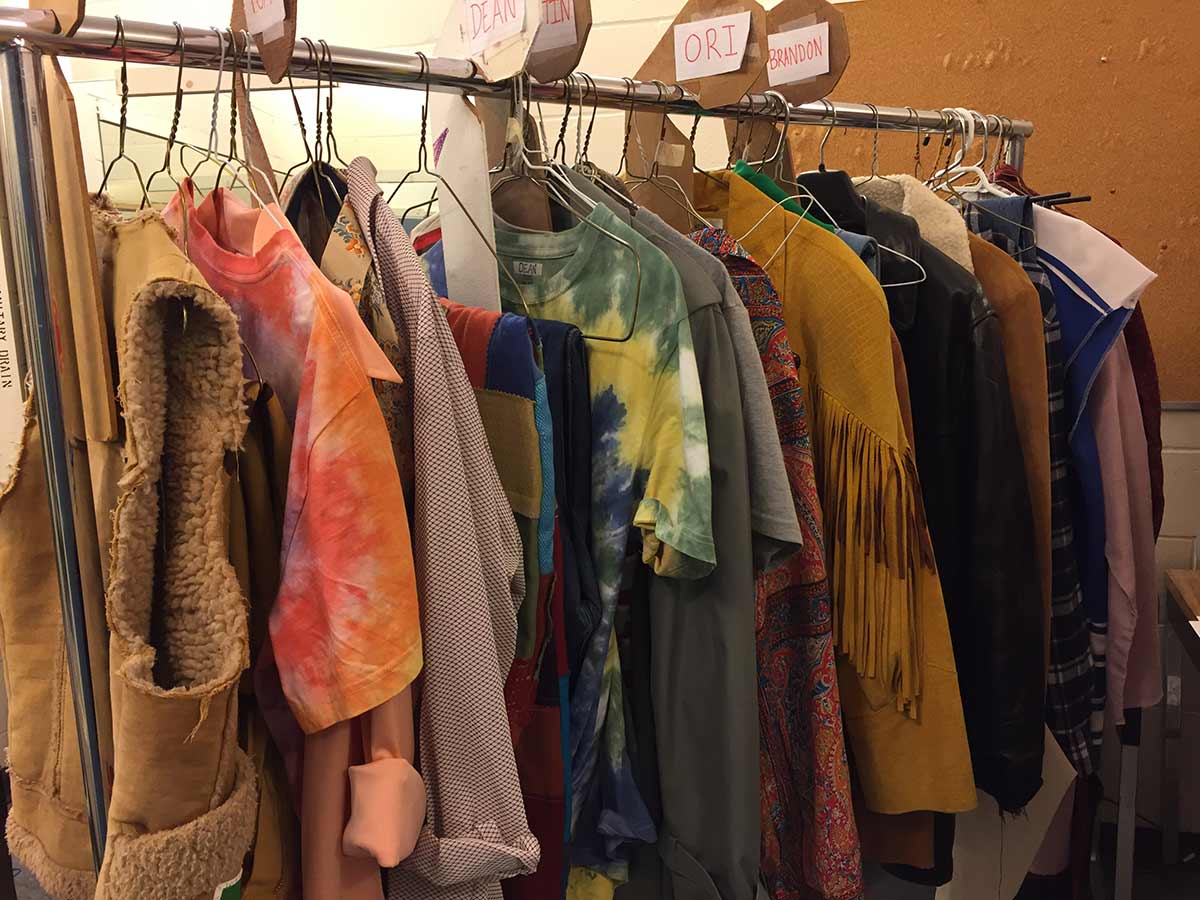 Some of the costumes on a rack, ready for rehearsal! 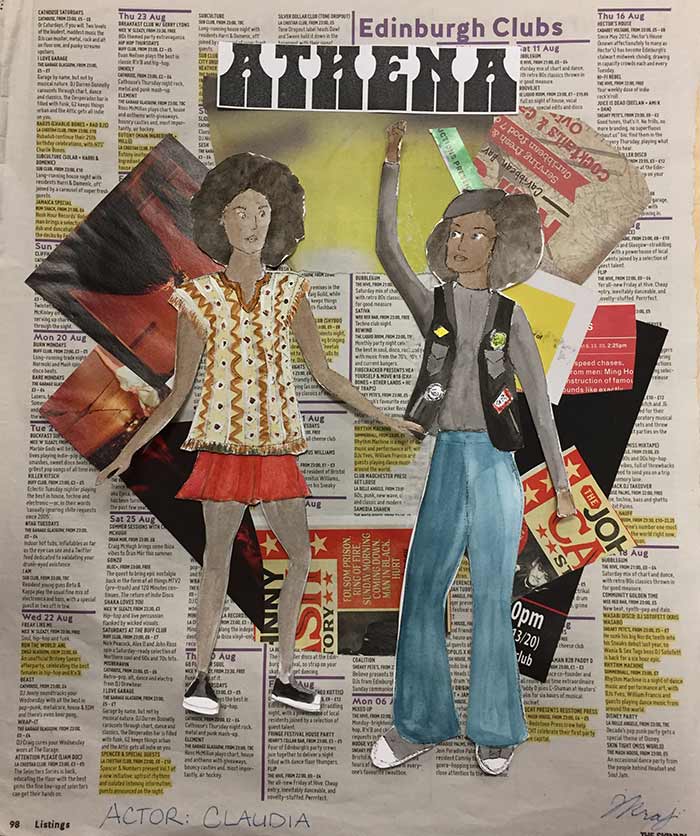 Costume rendering for the character Athena. 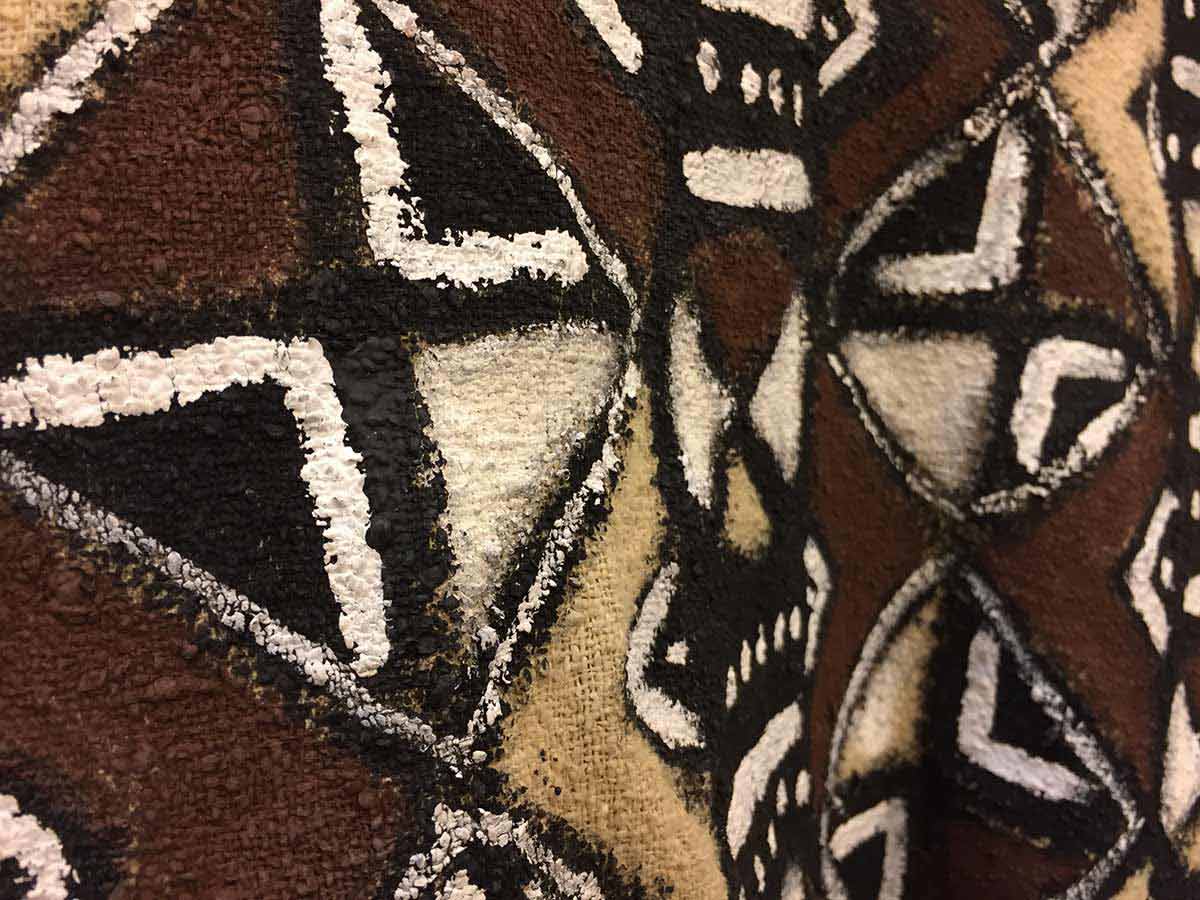 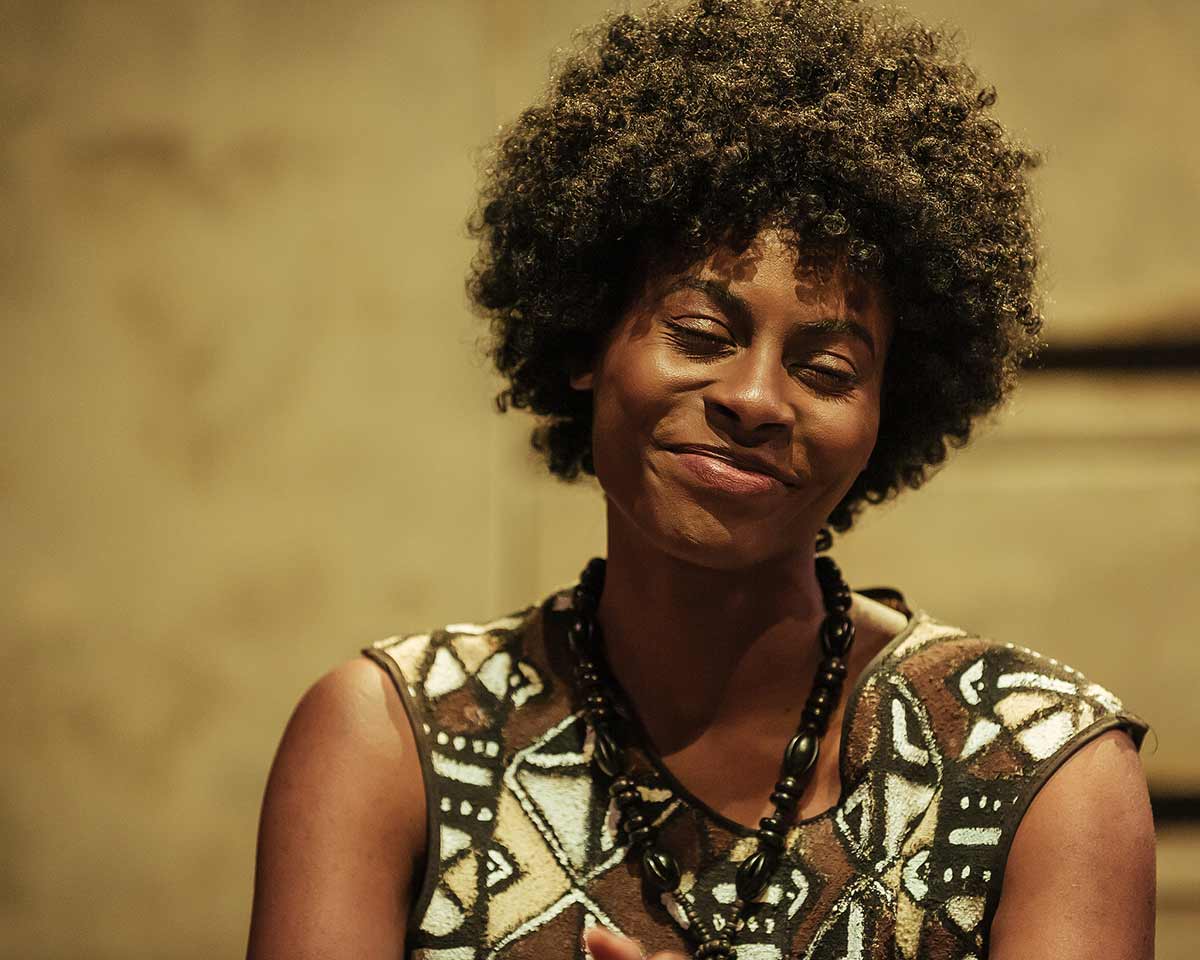 Actor Claudia Hamilton as Athena in her mud cloth shirt. 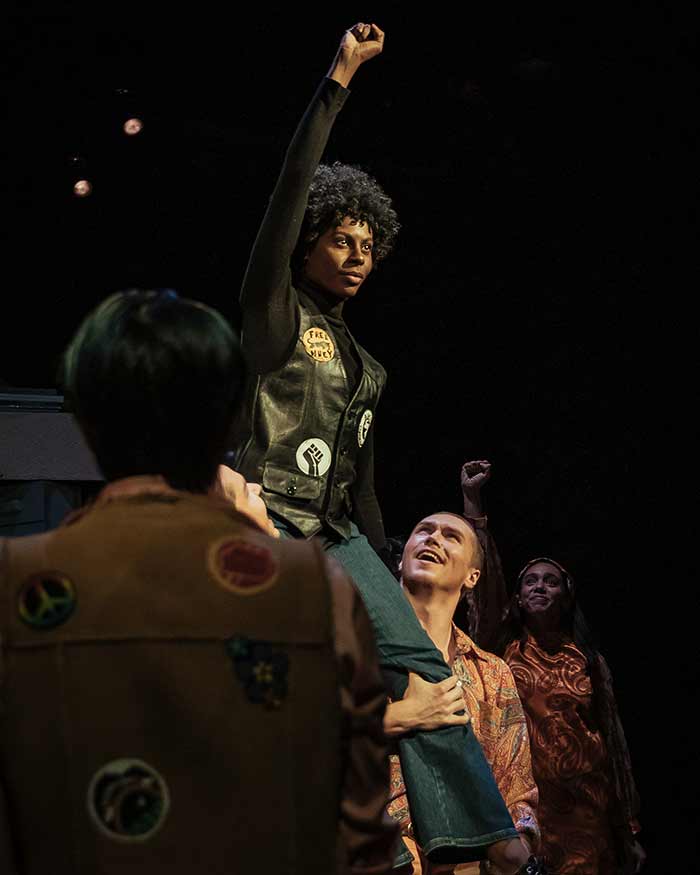 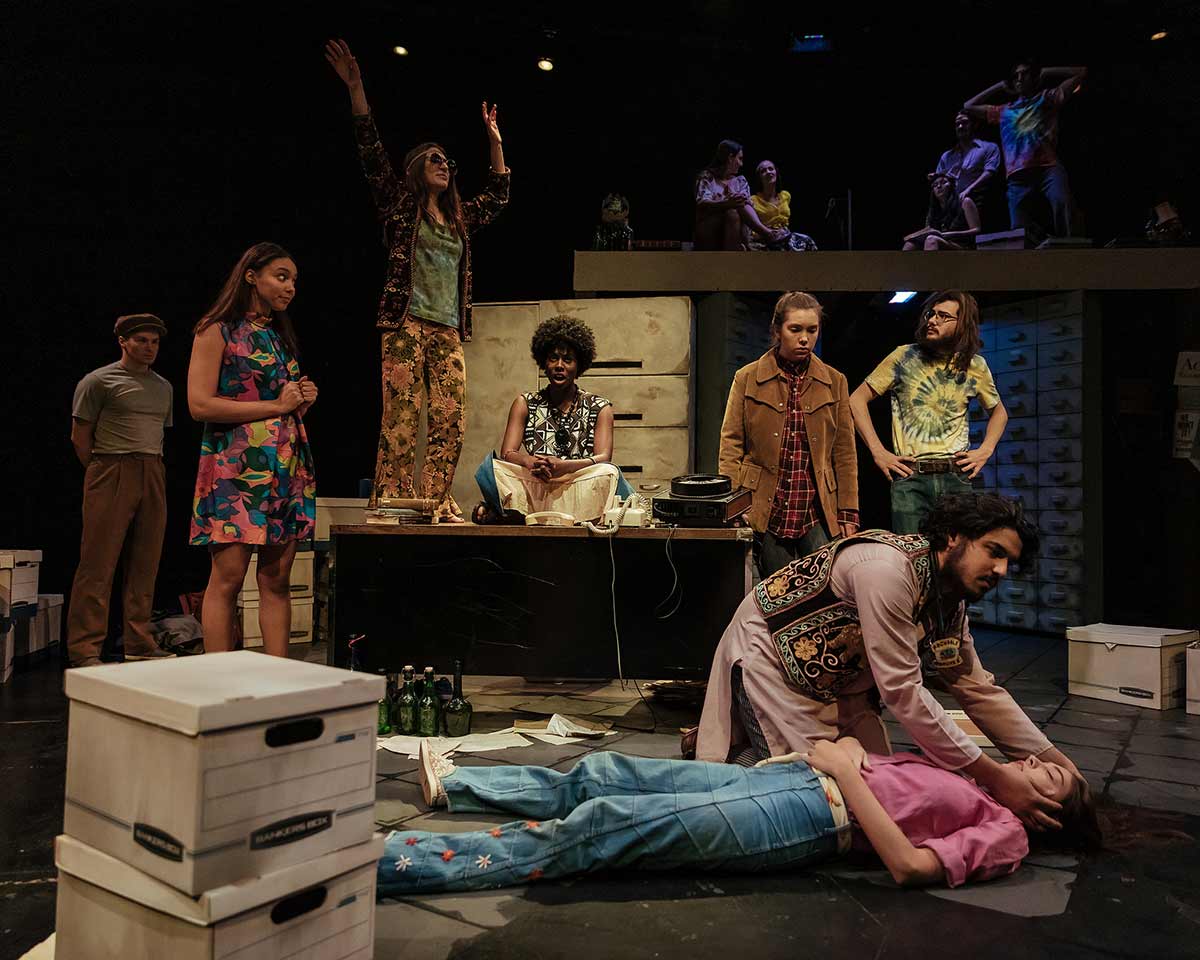 Most of the actors on stage in their first costume looks. The colour palette for rochdale begins as very vibrant, evocative of the 1969 time period, and over the course of the show, develops into sepia tones to represent the archiving of the people and stories of Rochdale College. 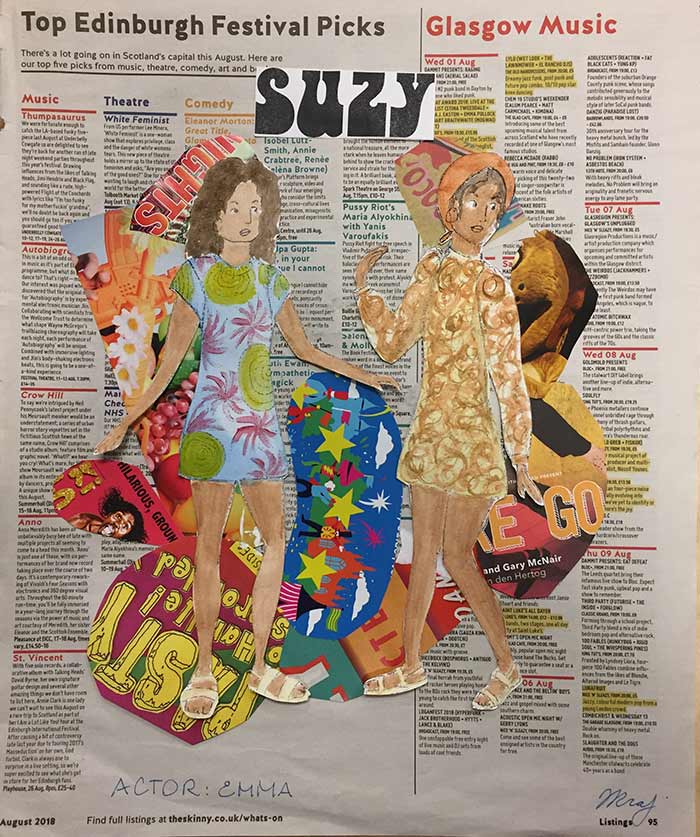 Costume rendering for the character Suzy. 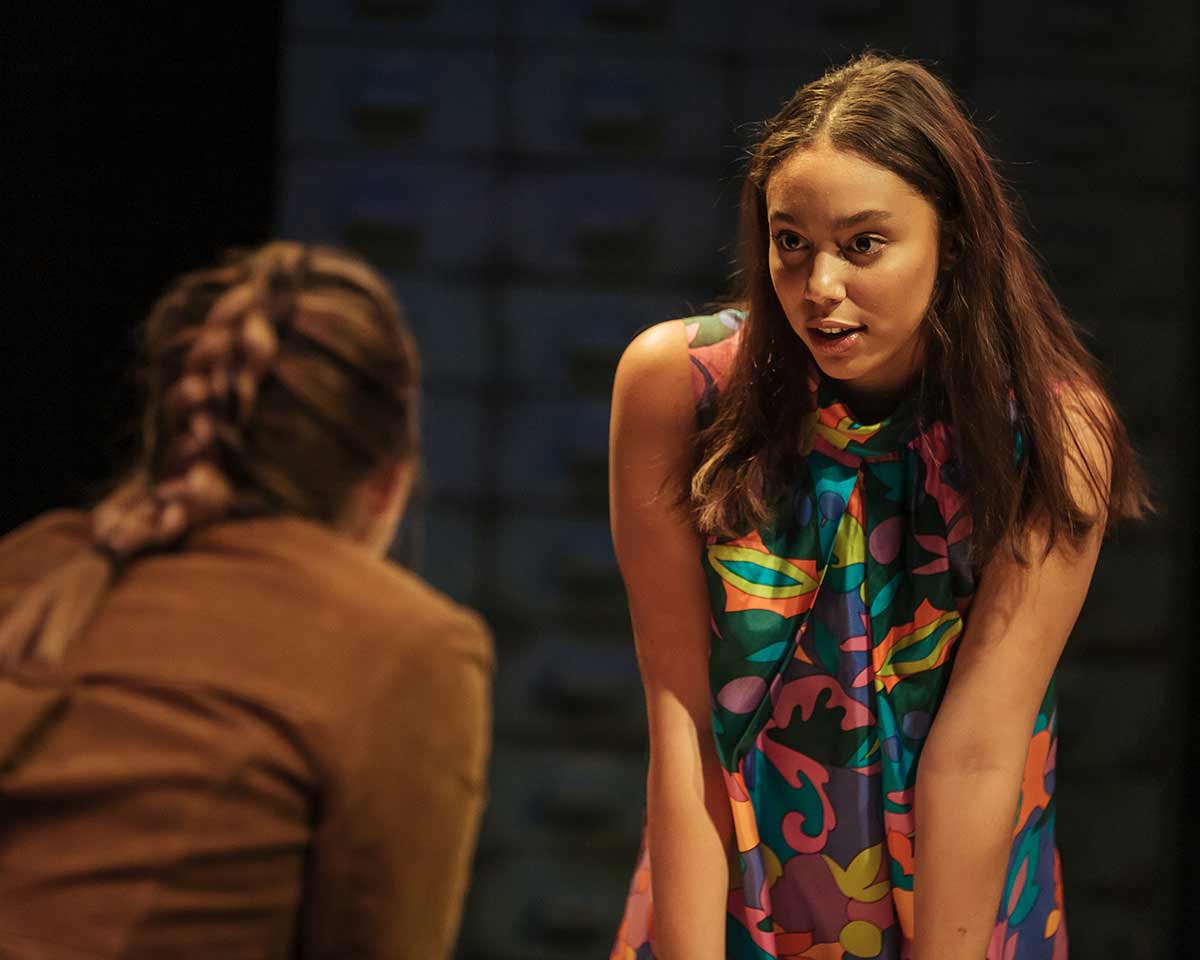 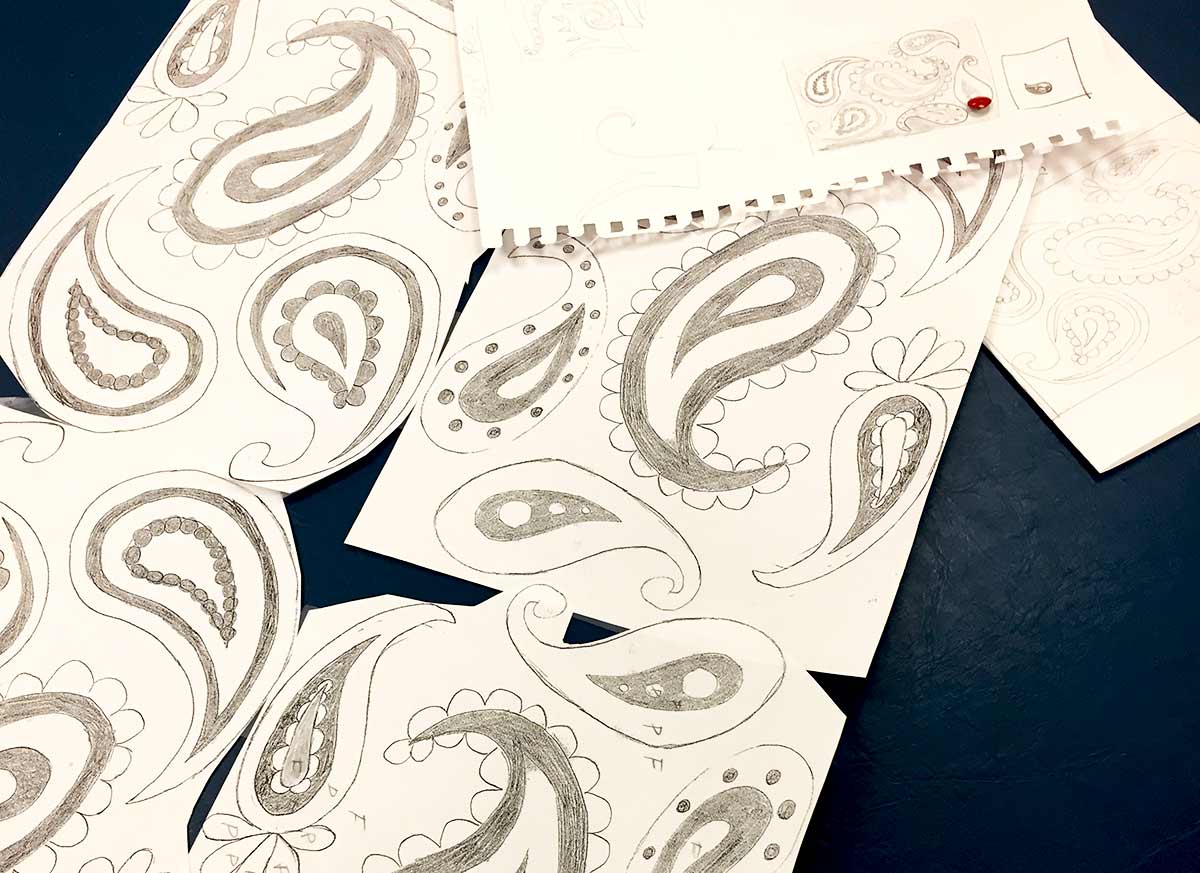 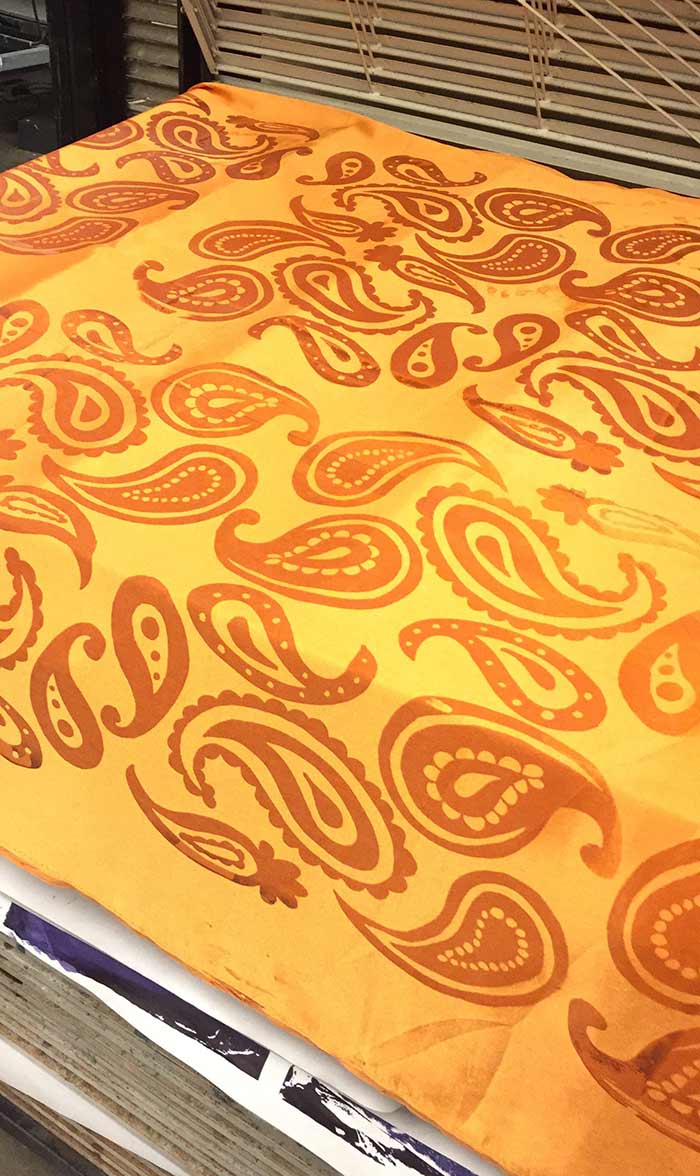 Printed fabric with the paisley pattern. 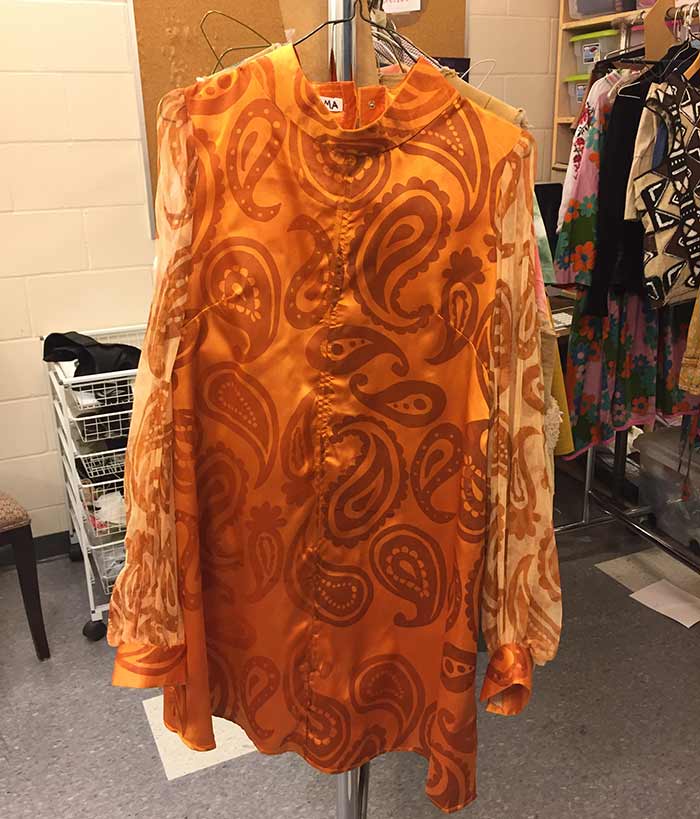 Final result of the printed fabric constructed into the dress. 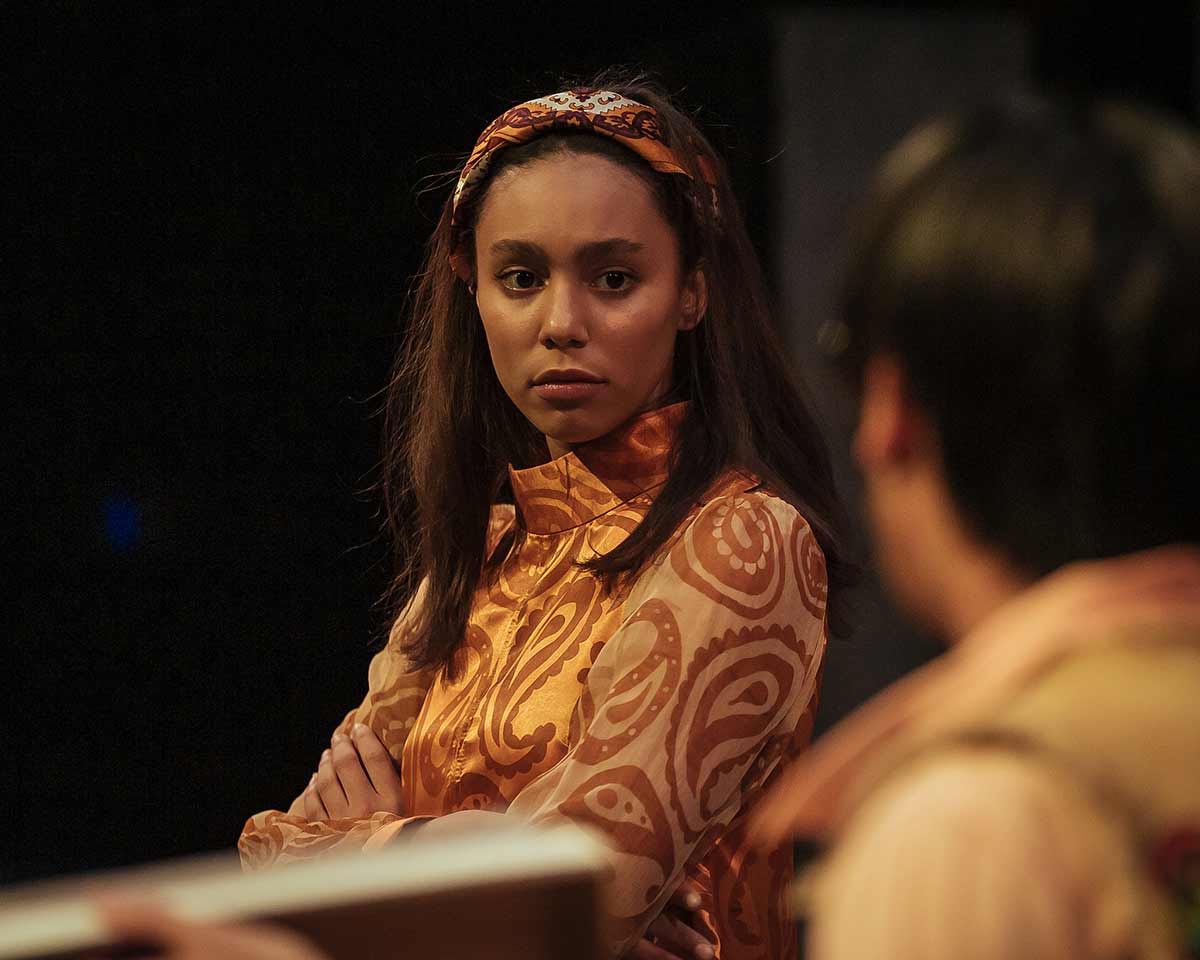 Actor Emma Ferreira in her dress on stage. 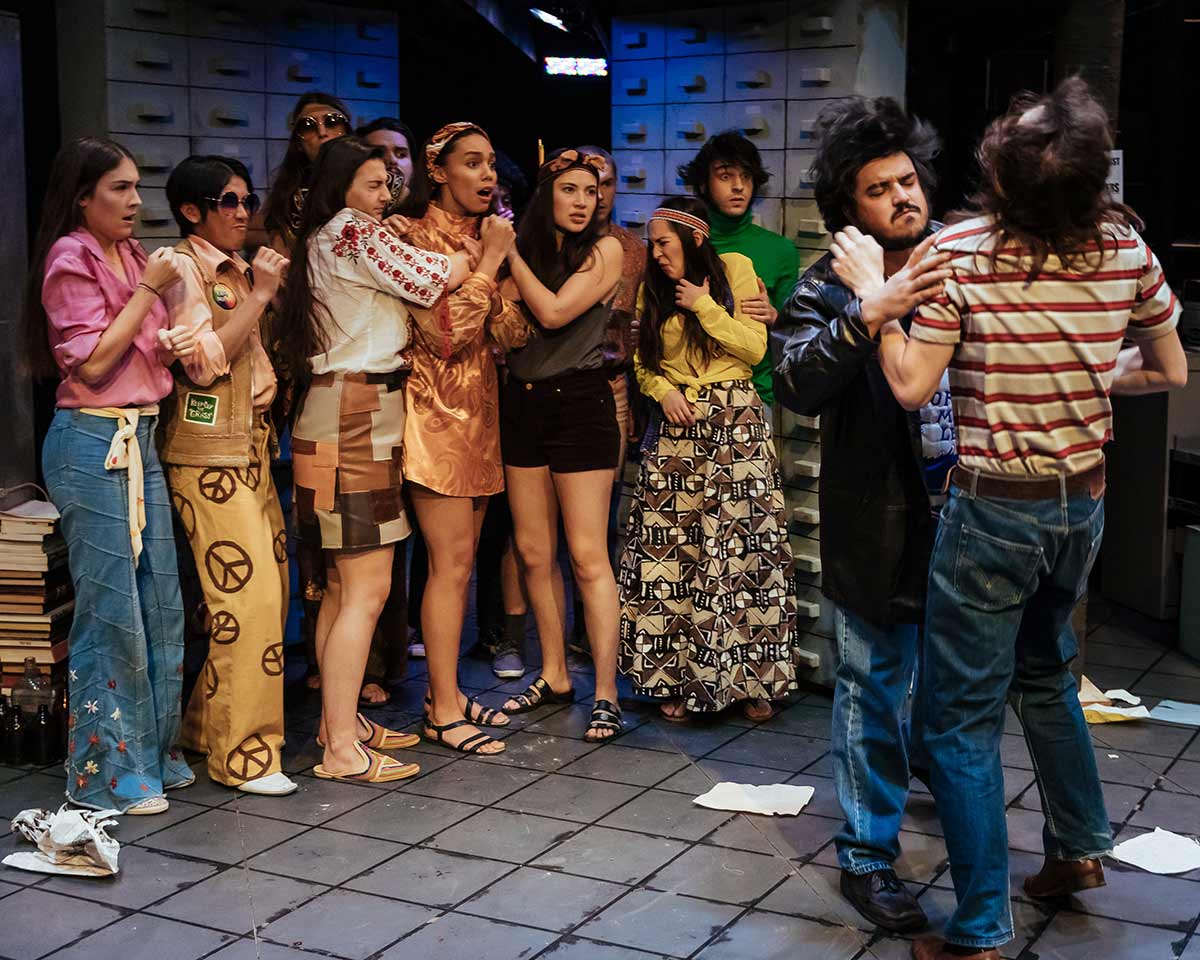 A collection of the actors on stage half way through the show as the colour palette is transitioning from vibrant to sepia through various costumes changes. 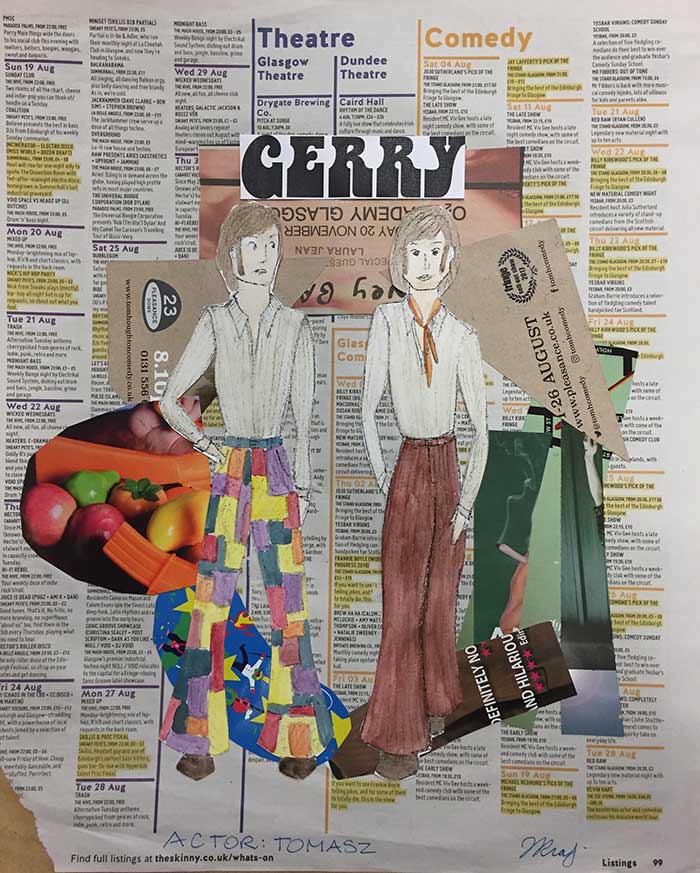 Costume rendering for the character Gerry. 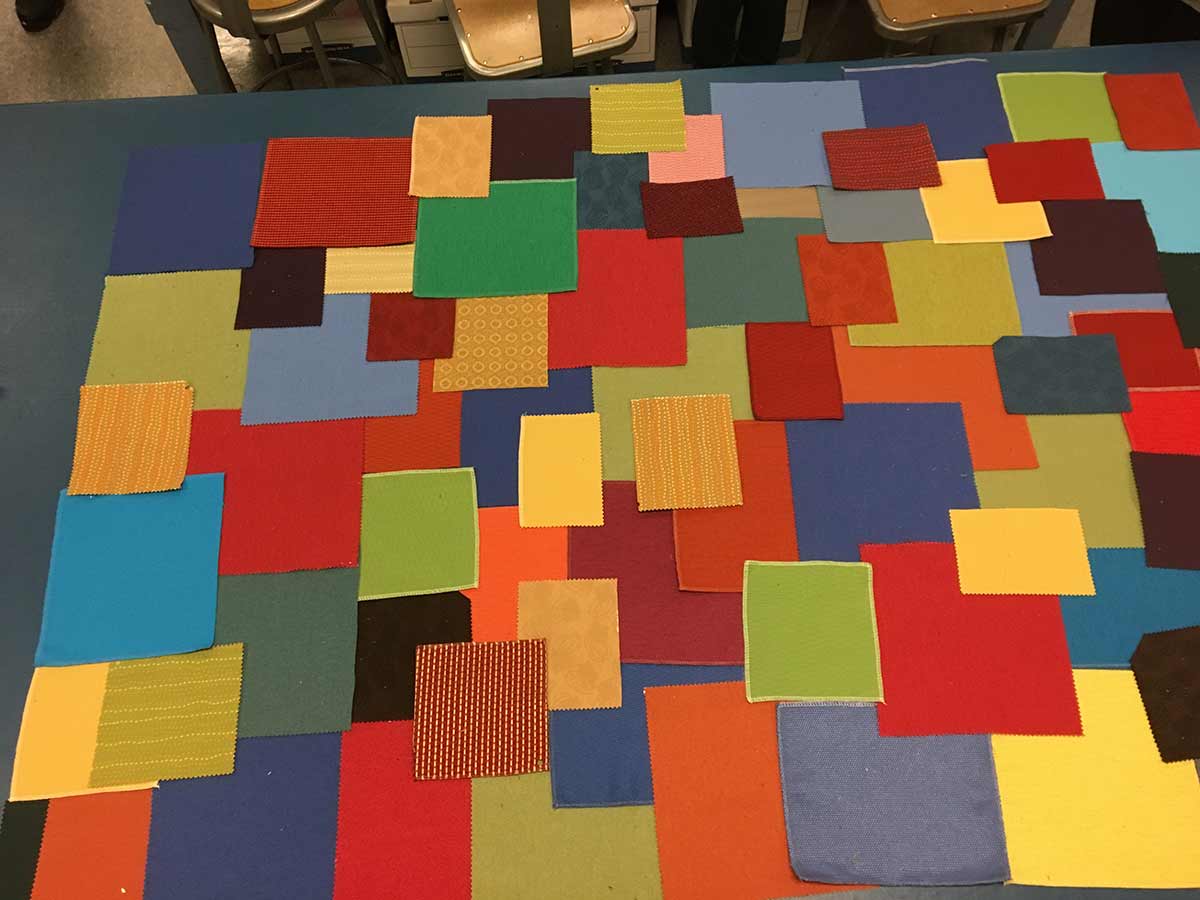 Laying out the patches to begin sewing them together to create the fabric for Gerry’s patchwork pants. 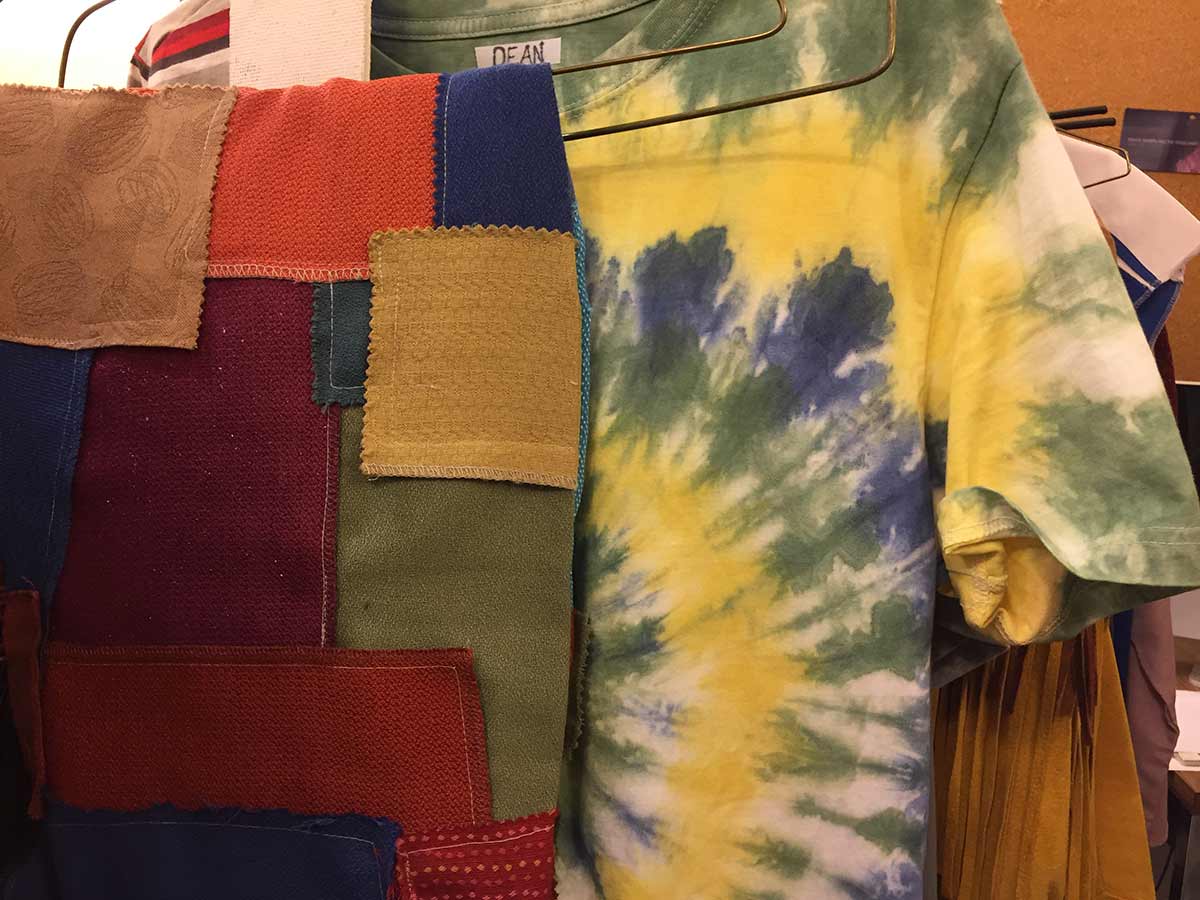 Gerry’s patchwork pants and Denni’s tie-dye shirt ready to be worn! All of the tie-dye was hand-dyed by the wardrobe crew. 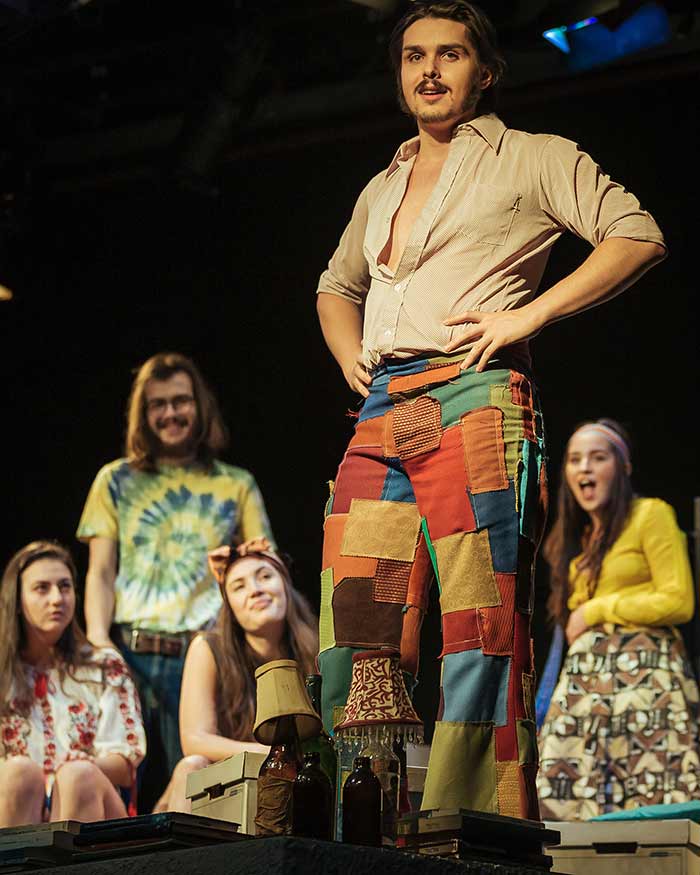 Actor Tomasz Pereira Nunes as Gerry in his patchwork pants on stage. 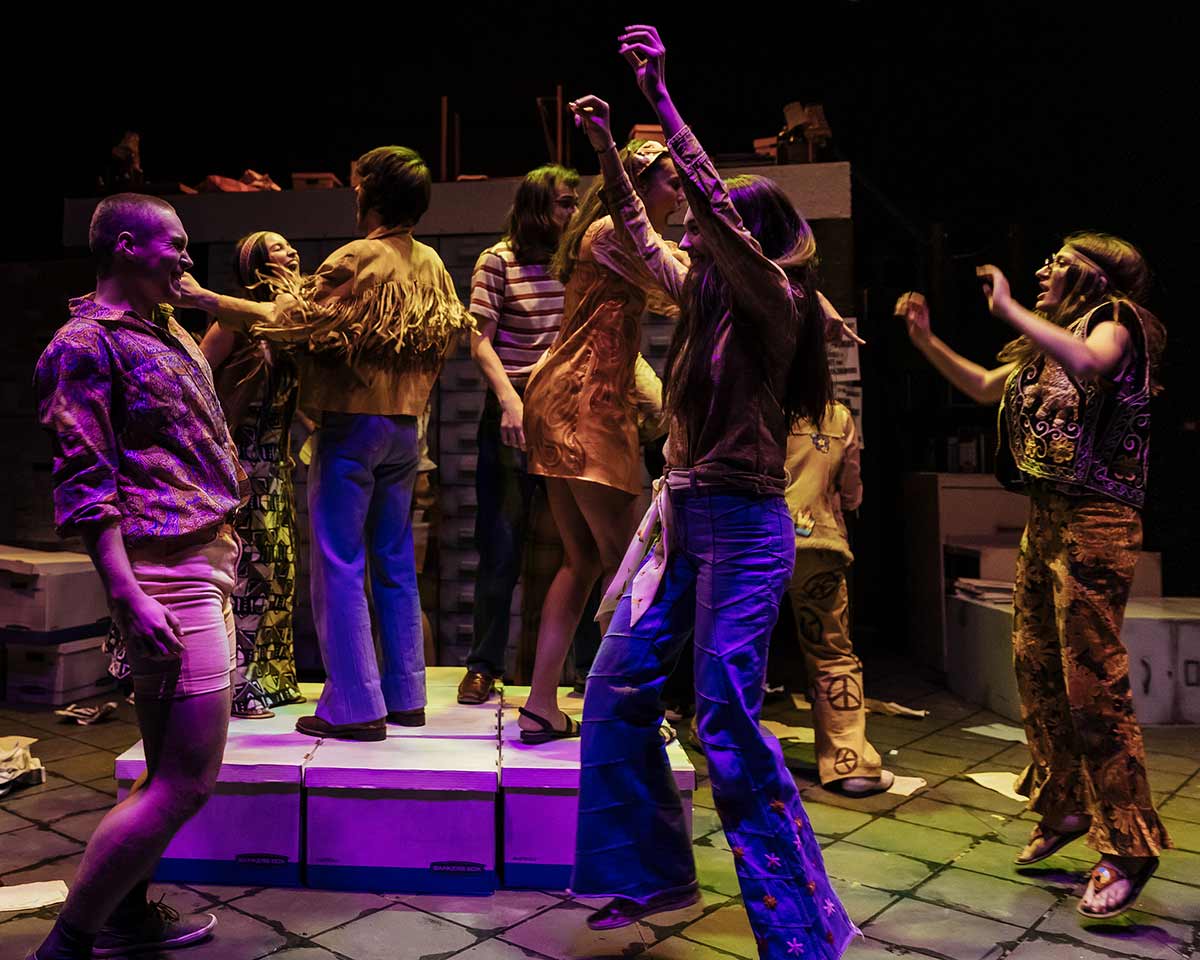 The actors on stage at the end of the show in their sepia tones costumes. 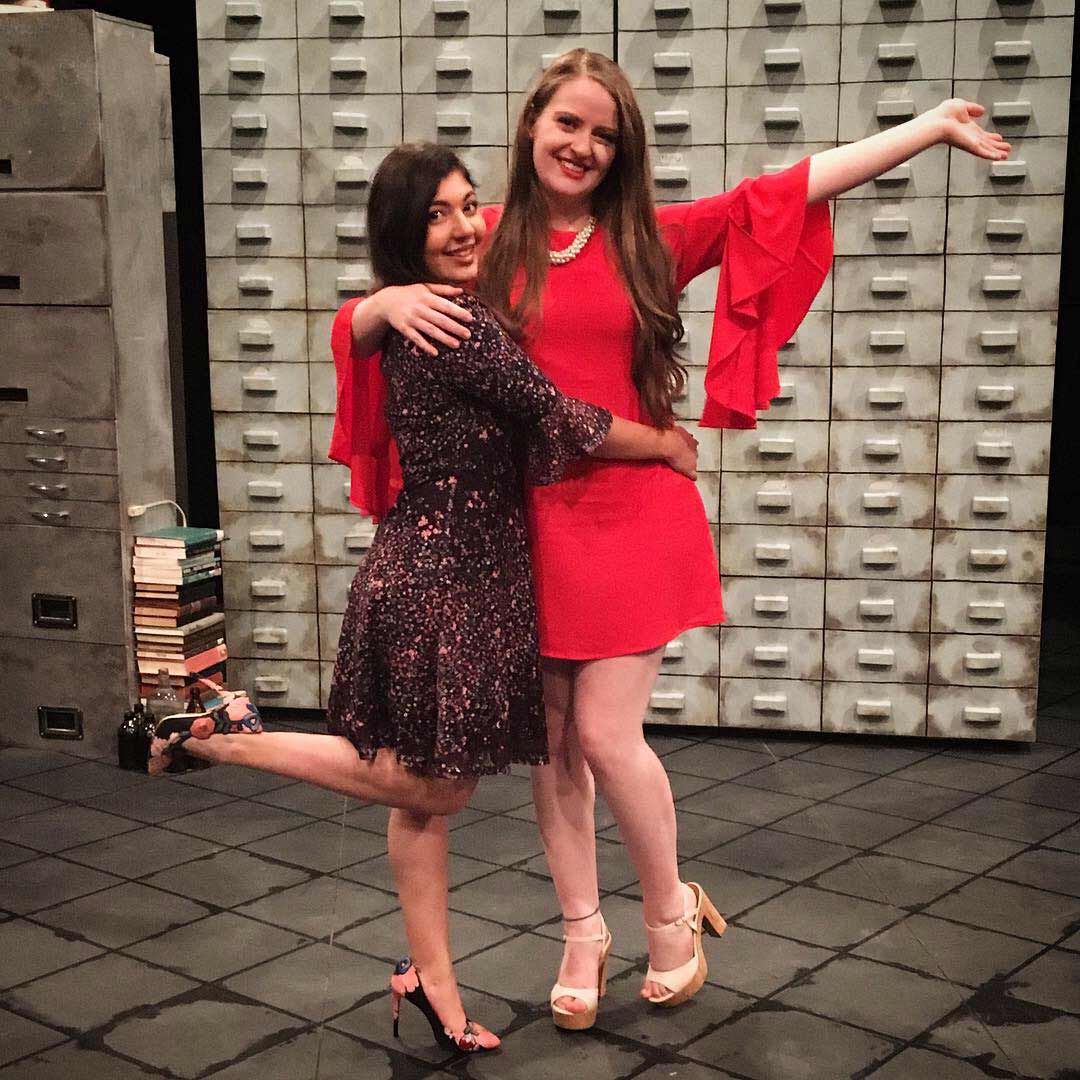 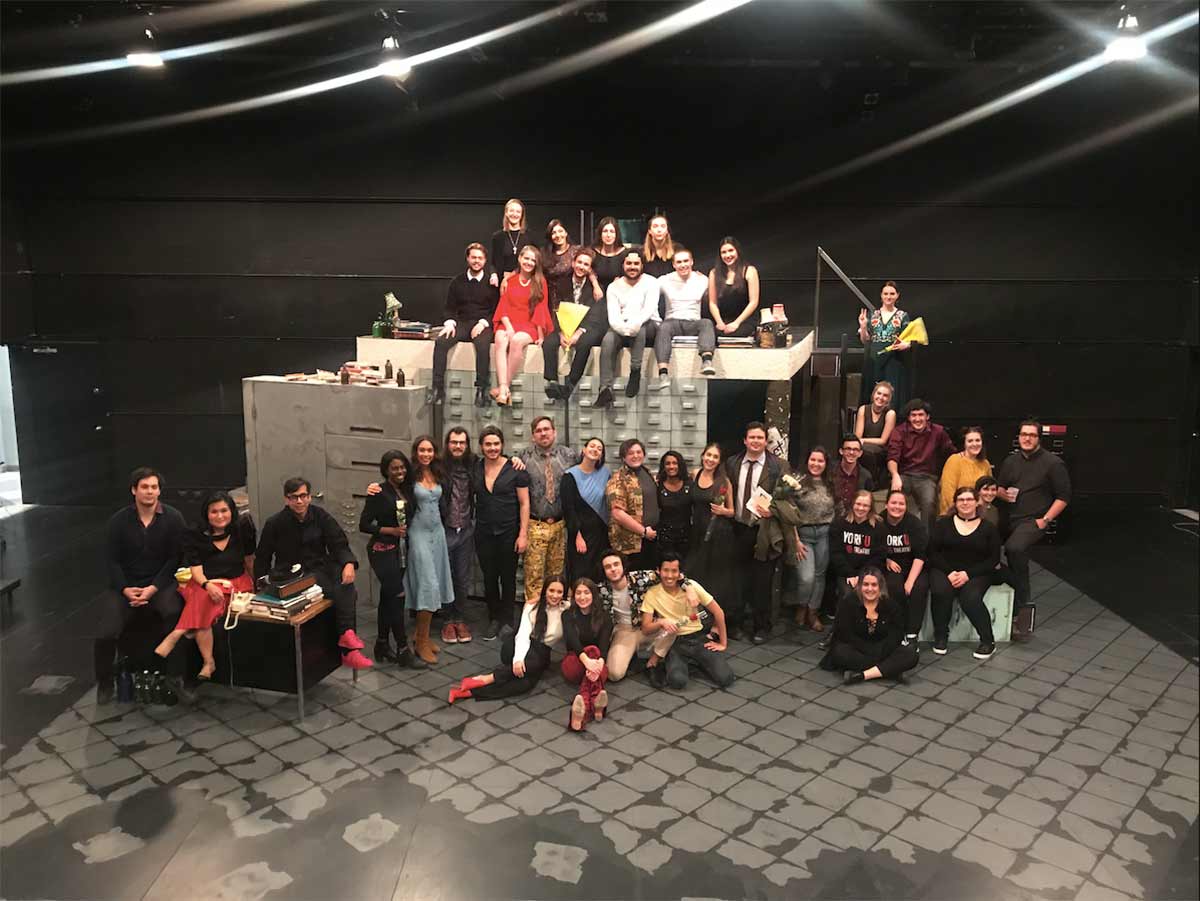 Some of cast and crew of rochdale celebrating opening night. It takes a whole village to put on a show!